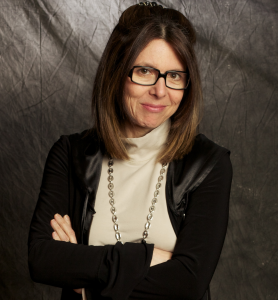 With two films on the Oscar shortlist, Emmy-nominated and multiple Gemini-winning Michèle Hozer has been working as a filmmaker and editor in Canada since 1987. To date, she has worked on over 50 documentaries. Her work has received accolades from the most prestigious film festivals in the world, including the Sundance Film Festival and the International Documentary Film Festival in Amsterdam. Shake Hands with The Devil: The Journey of Roméo Dallaire won both the 2007 Emmy for Best Documentary and the Audience Award at the 2005 Sundance Film Festival.

Promise to the Dead picked up her first International Emmy nomination as an editor. But her directorial debut with Genius Within: The Inner Life of Glenn Gould won the coveted spot on the Academy Award short list as well as a Gemini for Best Biography. Since its premiere at TIFF in 2009, the feature length documentary has been seen by audiences in Britain, Australia, Japan, and across North America.

In 2012, The Director’s Guild of Canada (DGC) awarded The Allan King Award for Excellence in Documentary to Michèle and team for West Wind: The Vision of Tom Thomson. She picked up both the Amsterdam International Documentary Film Festival Editing Award and top honours from her peers at Canadian Cinema Editors.

In 2015 Michèle completed her first solo feature length documentary in the combined roles of director, editor, and producer for Sugar Coated probing the role of sugar in a global healthcare epidemic. The film, in association with TVO and ZDF/ARTE, had its world premiere at Hot Docs International Film Festival and has been playing worldwide at international film festivals and on television. Sugar Coated was honoured with The Donald Brittain Award for Best Social and Political Documentary at the 2016 Canadian Screen Awards. Sugar Coated was available on Netflix across North America.

Michèle’s short film, The Barber of Augusta won the Dodie Spittal Award at 2017 The Picture This Film Festival. In 2017 she released SponsorLand a feature doc for TV Ontario on a Syrian refugee family of 11 children resettling in the small town of Picton Ontario.

In between her own projects Michèle collaborates with other filmmakers. She was editor and writer on The Reckoning: Hollywood’s Worst Kept Secret which had its world premiere at Hot Docs International Film Festival. She also just collaborated on the Frontline special In The Age of AI.