One of the most notorious explorers of the early 20th Century, Vilhjalmur Stefansson oscillated throughout his life between obscurity, celebrity and defamation. 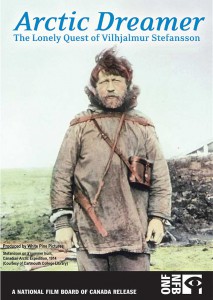 Best known for having “discovered” the “Blond Eskimos” (Copper Inuit) of the Central Arctic in 1910, Vilhjalmur Stefansson was one of the first anthropologists to adopt the lifestyle of the people he observed.

Obsessed by his desire for fame and possessed of his dreams of discovery, Stefansson was the last explorer to uncover new lands in the Arctic. From Stefansson’s death-defying treks, that even the native Inuit would not dare, to his challenges during the McCarthy witch hunt, Arctic Dreamer documents his life with integrity, objectivity and beauty.